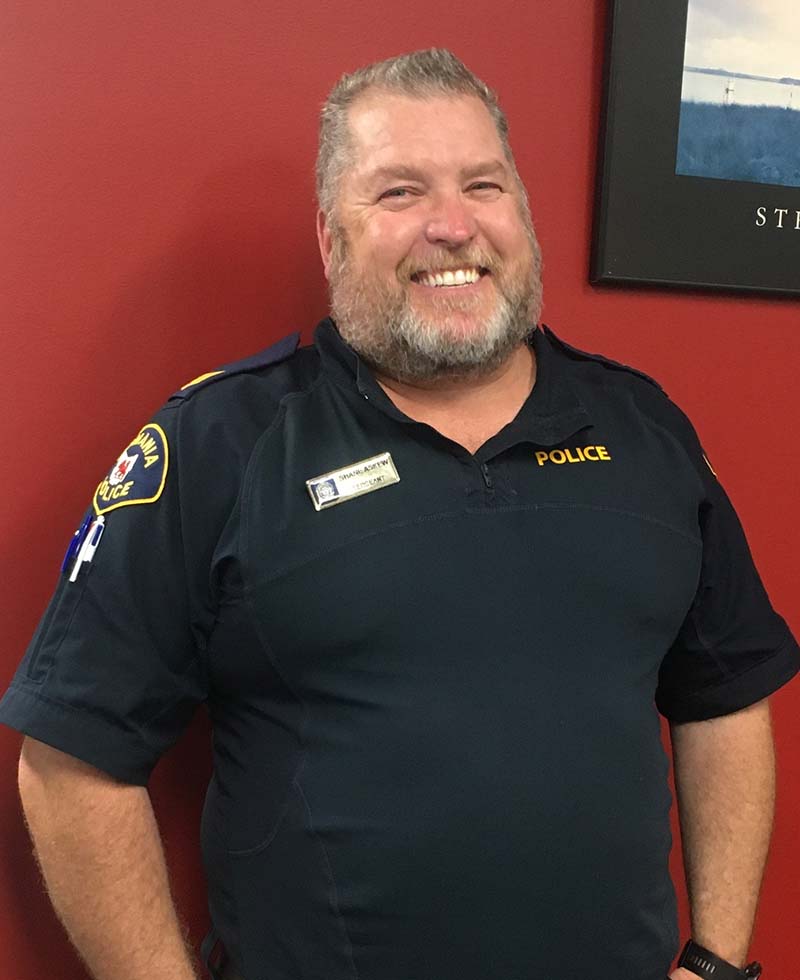 Sergeant Shane Askew has just started in the Community Policing role for Western District, operating out of the Burnie Police Station. Shane is a 15-year veteran with plenty of exposure on the Northwest Coast where he has served at Burnie, Wynyard, Somerset and as a Detective within the Burnie Criminal Investigation Branch prior to moving to his most recent posting at the Youth Crime Intervention Unit.

Shane has a strong interest in sport and as the Club Captain for the Burnie Surf Lifesaving Club he has quite a bit of experience in coordinating volunteers. In fact, in 2018 Shane was named in the Tasmania Volunteering Awards Bulk Nutrients Sport and Recreation Awards as the Tasmania Volunteer of the Year

Our Neighbourhood Watch groups on the Northwest Coast look forward to working with Shane into the future. Welcome Shane.

Pedestrian Safety – This is Serious!

In recent weeks there have been a number of crashes between motor vehicles and pedestrians, some of which resulted in fatal consequences. On the 21st of April Tasmania Police issued a public warning about the increasing risks to pedestrians if they don’t comply with the road rules or fail to remain alert when they are on public streets.

Over the coming days police will be targeting high risk pedestrian behaviours such as inattention and distraction – walking and texting or listening to music and not obeying the walk/wait signals at traffic lights.

One week later, on the 28th of April, Hobart Police ran an operation which targeted high risk pedestrian behaviour. In the course of a few hours, they had reported 24 pedestrians for disobeying the stop walking signals. A further 86 pedestrians were issued with cautions for disobeying other traffic signals.

In 2012 A Review of Serious Casualty Pedestrian Crashes identified that crashes involving pedestrians accounted for 11% of all serious casualty crashes in Tasmania. This report highlighted the following:

As Scott Pape would say, Tread your own path!

Over the past nine months since Australia’s first permanent National Firearms Amnesty was launched, there have been over 13,000 buns surrendered across Australia. However, it has been estimated that a further 260,000 remain in circulation. A permanent firearms amnesty exists in Tasmania and Crime Stoppers have been actively encouraging community members who still possess unregistered firearms to surrender them to the police.

A key role of Crime Stoppers is to be a channel for people to anonymously pass information to the police which can help to prevent or solve crimes and offences. If you suspect that someone has an illegal gun you can report safely to Crime Stoppers by phone on 1800 333 000 or by email at crimestopperstas.com.au.

Each Year Tasmania Police publish a Crime Statistics Supplement report which provides a detailed breakdown of the offences reported, or that became known, to police in that financial year. A cursory examination of this data provides a positive message as to the impact that police are having on crime across the state. A high-level comparison of the data over a period of 10 years indicates that between 2011/12 and 2020/21 there has been a significant improvement in the number of offences recorded and cleared in the course of a decade.

The most common locations for Burglary – buildings in 2020/21 were residential locations (62%) and retail locations (14%).

What is the Purpose of Neighbourhood Watch?

In simple terms we can say that the purpose of Neighbourhood Watch is threefold:

Being a good neighbour is easy, and simple gestures such as a smile or wave can really make a difference. It is also easy not to notice our neighbours and recent cases investigated by Tasmanian Coroners include:

Recent research has identified that 25 % of all Australians identify as being lonely:

Neighbourhood Watch signs on your house, letterbox or vehicle are known to increase the sense of community and security in a neighbourhood. Ask your coordinator for some and then share them with your neighbours to start a conversation.

Each Bulletin we list initiatives to help your thinking of what can be done to support your neighbourhood. Feel free to contact me at any time if you would like further ideas or support to put a project together.

Now that winter is virtually upon us, here are a few safety tips that you will really appreciate if the need should arise: